Washington Redskins: It Is Time to Cut Ties With Colt McCoy

Week one of the 2019 NFL season is in the books. We are now in week 2. For the Washington Redskins, there were some questions that needed to be answered in week one. One of those was at QB. That question was whether they were safe under Case Keenum? I believe they are. Therefore, if they are what should they do with Colt McCoy? After all, we all know that rookie Dwayne Haskins is the future. Well, it is time for the Redskins to cut ties with Colt McCoy.

There are several reasons as to why the Washington Redskins are safe to now move on from Colt McCoy. We take a look at them below.

McCoy has found himself on the injured list at some point in the season over the tenure with the Washington Redskins. McCoy started 4 games for the Redskins before being injured in 2014. He was placed on IR with a neck injury. He did not see the field enough in 2015-2017 to be injured.

However, in 2018, Colt found himself back on the injured list. This came after suffering a broken leg 2 weeks after the Washington Redskins lost starting QB Alex Smith. An injury in which McCoy is still trying to recover from.

McCoy also suffered a concussion while with the Browns and a neck injury in college.

The Washington Redskins drafted Dwayne Haskins in the first round of the 2019 NFL Draft. He has emerged as the number 2 QB behind Case Keenum. His number during the preseason was impressive. However, Haskins never received any time behind the first-team line. Therefore, solidifying him as the number 2 QB for at least 2019. Nonetheless, he is the future of the Redskins thus making Colt McCoy expendable.

Whether Haskins sees playing time for Washington Redskins in 2019 will depend on the health of Keenum, the record of the team, and the reality of making the playoffs. Stay tuned.

Keenum played exceptionally well in week 1 for the Washington Redskins. The veteran QB completed 30 of his 44 passes for 380 yards and 3 TDs. He did not have a turnover on the day. Keenum’s ability to extend plays, toughness, and leadership make him a better candidate to run the Washington Redskins than does McCoy. Also, I think I feel more comfortable having Haskins learn from Smith and Keenum than I would McCoy. I think there is more of a feel for the game than just the fluidity of the offense.

The Washington Redskins may not be ready for a Super Bowl run in 2019. Nevertheless, they are going to fight to the end of every game. They proved that in week one. The one thing I do know is that they should come to some sort of injury settlement with Colt McCoy. Cutting ties with the four-year backup QB once and for all.

How do you feel about the Washington Redskins keeping Colt McCoy? Leave a comment below.

Drive the field with IroniqMedia for all of your NFL coverage. 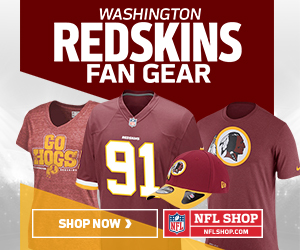