Los Angeles Chargers Running Back Melvin Gordon is not happy about being able to negotiate a new contract, so he has decided to hold out of training camp. Los Angeles has a ton of depth at the running back position. Statistically speaking, the Chargers may not even need him moving forward.

Los Angeles is considered a championship-caliber team and teams need at least two good running backs to win it all.

Gordon’s agent has requested a trade. Melvin Gordon is 26-years-old and he is in the final year of his contract. Last season, Melvin Gordon rushed for 885 yards on 175 carries and 10 touchdowns.

He also caught 50 passes for 490 yards receiving and four touchdowns last season. Gordon was a first-round pick by the Chargers in the 2015 NFL Draft. Which teams could he be potentially traded to?

One team that would make sense for him to be traded to is the Houston Texans. Houston has not had much help for quarterback Deshaun Watson. Melvin Gordon would be another home run hitter in the offense along with wide receiver DeAndre Hopkins. Gordon would help keep other defenses on the field.

Another team that could make sense for Melvin Gordon is the San Francisco 49ers. I think they want to use a running back by committee system, but most of their running backs are solid number two guys and not number ones. San Francisco is serious about being playoff contenders this season.

Another team that that could make sense for him is the Detroit Lions. Even though Detroit isn’t a playoff contender, they don’t have a true three-down back in the backfield. I don’t ever recall the Lions having a good running back in the backfield other than Jahvid Best years ago but he would always suffer concussions.

Another team that could make sense for Gordon is the Minnesota Vikings. They already have a three-down back in Dalvin Cook, but having both of them in the backfield could potentially change everything in the NFC. Melvin Gordon could be another security blanket for quarterback Kirk Cousins.

Another team that could make sense for Gordon is the Tampa Bay Buccaneers. Head Coach Bruce Arians could use a player like him to help out quarterback Jameis Winston. Tampa Bay already has a potent offense, to begin with. Therefore, it would get even more dangerous with him.

What do you see the Los Angeles Chargers doing with Melvin Gordon? Leave a comment below

Trade your old website with IroniqMedia for all of your NFL coverage. 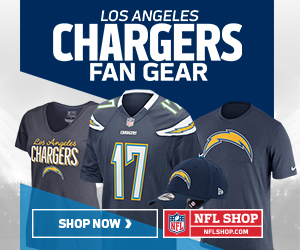