The Kansas City Chiefs had the opportunity to take a game off last week during the Wildcard round. In fact, they had an opportunity to watch Andrew Luck and the rest of the Indianapolis Colts completely dismantle the Houston Texans. They also had the opportunity to watch and learn how they can attack and defend better against this potent Colts team. All the cards will be on the table this coming Saturday as the Chiefs host the Colts at Arrowhead Stadium at 4:35 pm ET. Here are three keys to the Kansas City Chiefs can progress towards the AFC championship and ultimately the Super Bowl.

Mahomes has put up several big numbers and performances this season. With those, he is entrenching himself in the conversation of MVP. He will have to continue this level of play against a Colts defense that has shown it’s no joke. His accuracy will have to be on point and his reads of the defense will have to be beyond his years. He has a chance to buck the curve of young quarterbacks in the playoffs this year by getting a win and leading his team to the next round of the playoffs.

I thought about breaking this up into two separate keys. However, the entire defense will have to step up here. This will give the offense a chance to put some points on the board and get them some breathing room. They will have to stop the Marlon Mack and the run game as well as put together cornerback play that they have not been able to maintain this season. Without getting some defensive holds the pressure would be on the offense to outscore the Colts high-powered offense.

Here is the x-factor of this game. Andy Reid does not have the greatest track record in the playoffs. He will have to manage the clock better. Also, he will need to manage the offense in a much smarter way then he previously has. Using the tools in his toolbox in the proper way at the proper time will be the only way this Kansas City Chiefs team will make it past the Colts.

How do you feel about the Kansas City Chiefs heading into the 2018 Divisional round? Leave a comment below.

An avid Podcaster and DFS player, Stephen Produces and Co-Hosts the 8BitBros Radio Show (show name Wren) which can be heard on Tuesday and Thursday Nights from 8-10 pm ET. On Sundays, he hosts DFS Fantasy Foreplay, a lineup lock, and DFS theory radio show. The show educates players on how to play DFS and gets everyone ready for the Sunday Main lineups. 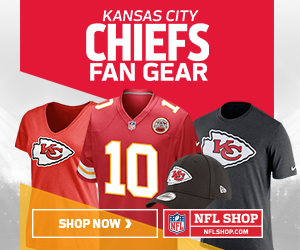