The Green Bay Packers had a chance to win against the undefeated Los Angeles Rams on Sunday. However, Ty Montgomery’s selfish play cost Aaron Rodgers and the offense one last drive late in the fourth quarter. Montgomery took the ball out of the end zone despite being instructed to kneel and instead fumbled the ball.

With the loss on Sunday, the Packers are 3-3-1 and sit in third in the NFC North. Likewise, his immature move didn’t sit well with his teammates including Rodgers who are becoming increasingly frustrated with the running back. The fourth quarter kickoff play wasn’t his only major screw up against the Rams. Montgomery failed to help block on a key third-down play.

I talked about this yesterday, but Ty Montgomery failing to pick up Aaron Donald on third-and-6 during the Packers' last offensive drive was inexcusable. Donald is the most imminent threat and he had already beaten Lane Taylor. Montgomery is right there and declines to help. pic.twitter.com/3vw9HUaFBs

However, Montgomery helped block earlier in the game and it helped the Packers earn the first down. Yet, he can’t decide when he wants to give 100 percent and when he wants to play selfish ball.

Montgomery is the team’s third-string running back. His offensive contribution hasn’t been stellar this season with 105 yards and one touchdown on 26 rushing attempts. As mentioned above, he’s played selfishly on many plays, failing to help the Packers move down the field.

Brian Jones of 247 Sports thinks that Montgomery could be traded for a late draft pick. After pointing out how the fumble at the end of the game doesn’t help his case in Green Bay, Jones writes, “Montgomery is an athletic player will good speed, so the Packers could get a late-round pick for him. He’s another player who is in the final year of his contract.”

With Montgomery’s contract in his last year, the Packers should be extra motivated to move the struggling running back. No matter how someone is playing it’s better to get something than to let them walk in free agency. Montgomery’s “I’ll show you moment” was purely selfish and it killed the team’s chances of dealing the Rams their first loss.

The Packers need players on their team who are team players. Montgomery clearly isn’t that by letting his offensive teammates struggle to block when he’s just standing there not doing anything. Likewise, not following team orders to take a knee in the end zone appears to be the last straw.

It’s time to move Montgomery. Green Bay can’t afford to fall further in the standings and keeping Montgomery on the roster is a major liability; they had a chance to win on Sunday and Montgomery’s boneheaded decision cost Rodgers a chance from playing hero yet again.

Montgomery won’t yield much in return from a trade. However, the team chemistry and the team’s chances of winning games will quickly improve if Montgomery is traded before the NFL deadline. If Green Bay’s leadership doesn’t send him away, then the team’s frustration related to Montgomery may boil over onto the field in future games.

Phil Naegely is SEO guru and editor-in-chief for WBLZ media. He is currently working on his MBA at New Jersey City University and can be reached at philnaegely@wblzmedia.com 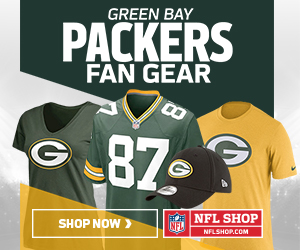