The Seattle Seahawks finished 9-7 in 2017. Disappointingly for their fan base, this was not good enough to make the playoffs. Seattle finished second in the NFC West behind the resurgent Los Angeles Rams. They now must hold off the revival of the San Francisco 49ers. Will the Seahawks return to the playoffs in 2018? Only if they can answer the three questions below.

WILL THE SEAHAWKS OFFENSIVE LINE BE IMPROVED?

The blocking for the Seattle Seahawks was atrocious last season. Quarterback Russell Wilson was sacked 43 times. He also was the team’s leading rusher. This is partly because they lacked a top-level running back. Wilson also had to run for his life on a great number of plays.

On paper, the line should be improved. The Seahawks will get a full season of Duane Brown at left tackle. Ethan Pocic will have had a full offseason to make the transition to guard. The Seattle Seahawks added a mauler at right guard with D.J. Fluker. Center Justin Britt and Right tackle Germain Ifedi must continue to improve. They must gel together. If they don’t the Rams defensive line will maul them twice this year.

WILL THE SEATTLE SEAHAWKS REACH A DEAL WITH EARL THOMAS?

The Legion of Boom is on life support. Earl Thomas is the sole survivor still on the Seattle Seahawks roster. Thomas is entering the final year of his contract and is currently holding out of camp. There have been rumors of trading the veteran All-Pro safety, dating back all the way to March. Seattle seems content to wait him out. I am always skeptical of players saying they will hold out all season. This situation is no different for me.

If Seattle can find the right deal for them, more power to them. If Thomas walks they will likely only receive a 4th-round comp pick in 2020.

HOW MUCH OF AN IMPACT WILL ROOKIE SHAQUEM GRIFFIN HAVE?

I am incredulous in my thinking on this. Shaquem Griffin is going to be a tremendous special teams player. Griffin has a lack of size that will limit him in his other defensive contributions. He has been doubted his whole life. Will Griffin make an impact as a situational pass rusher in 2018? We shall see.

What do you think are the issues for the Seattle Seahawks in 2018? Let us know in the comments!

Stay with IroniqMedia for all of your NFL news and information. 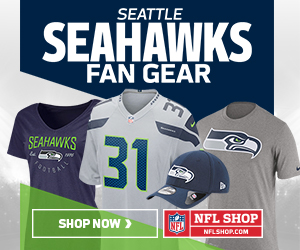