Cleveland Browns Mock Draft: What to do with the No. 4 pick?

Thanks to a 0-16 season, the Cleveland Browns get to pick first. Due to the Houston Texans struggling after Deshaun Watson went down, the Browns also get to pick at 4. Unless they go completely brain dead in the Dawg Pound, the Browns will select a QB at the top.

I put this option first because I think it is the one they will talk about more than any other. Buffalo, Miami, Arizona, and others could be in the market to trade up to get whichever of the top quarterbacks that are left. The farther the Browns have to go back, the expected return will be bigger.

Barkley is the most talented player in this draft but running back isn’t the biggest need for Cleveland. They can get by with Carlos Hyde, Duke Johnson, and a day two draft pick. If they take Barkley, it will be simply taking the best player available.

If three quarterbacks go off the board in quick succession, then the top edge rusher will fall right into their laps. Pairing Chubb with Emmanuel Ogbah and Myles Garrett would be hell on earth for opposing teams.

In this scenario, the Giants selected Bradley Chubb with the second pick. Landry would be a slight reach for the Browns, but he is capable of taking over games off of the edge. Landry battled injuries in 2017, but his 2016 tape is incredible. Landry is tremendously athletic and would be an asset to Cleveland.

The Browns’ cornerback depth chart is not ideal. They signed three free agent corners but none are what you would call “good”. I don’t have Ward ranked as one of my top two corners but I know he is more highly thought of in league circles. Plus, there is always the Ohio State connection for the Browns fans.

What do you think about these choices for the Browns? Let us know in the comments! 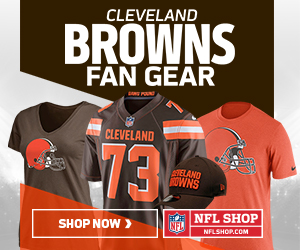